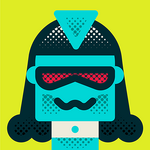 The Keeper of the Divergent District

797 Edits since joining this wiki
November 16, 2017
(Difference between revisions) |
2
Message Wall:The Keeper of the Divergent District

The Keeper of the Divergent District Interview!

Open to Recruitment
This user is open to being asked to join a club.
Add {{ClubRecruiting}} to your profile's code if this applies to you.

SOPHIANA! WE NEED MORE LGBTQ+ SHIPS! I am a Vanisher, and a Conjurer, Fitz is overrated (FITZ+CHANDELIER), and Keefe needs more love.

Books? Did someone say books? Keeper (duh), Divergent (duh again), Hunger Games (again, no duh), and then Septimus Heap, and Michael Vey, and a bunch of other things. (Message me with a genre if you want recommendations)

A bunch of random stuff that when I watch it, it drags me deeper, and deeper, and deeper into conspiracy theories until I just can’t even. I watch stuff like Greenhouse Academy, The Flash, and I know the Mandalorian is a Disney+ thing, but it’s fantastic. And of course, High School Musical: The Musical: The Series

Uh, heck yes. Creative, survival, hardcore? I do it all. I am currently building Hogwarts. And Foxfire.

Did someone say HARRY POTTER? They must have, because I’m a Slytherin and proud, with a wolf Patronus, and a thirteen inch vinewood wand with dragon heartstring. DRARRY!

Do you like to create characters of your own? And do you like to plop those characters in imaginary worlds and role play with friends/the Internet peoples to bring these small fan fictions to life? Do you go out of your way to create references, art, build backstories, and sometimes put them through trauma to develop these characters? If you do, congratulations! You can slap this badge on your profile and show that you’re a proud role player who has a big imagination!!

To do the action that was just suggested, enter this into the source of your profile: {{OCsForRPs}}

(I’ll add more later, but I currently do not have the time.)

Retrieved from "https://lost-cities-keeper.fandom.com/wiki/User:The_Keeper_of_the_Divergent_District?oldid=608360"
Community content is available under CC-BY-SA unless otherwise noted.