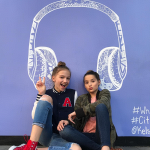 II Write me a message II

I never updated my friends list and I didn't want to hurt anyone's feelings because I forgot to put them on or anything, so I just removed it all together, but I want you to know that you're my friend. No, seriously, I mean you.

Fitz is such a loyal, trustworthy, sweet, thOUGHTful & geniune friend to Soph. They have an amazing friendship (not to mention Cognates woohoo ik ik you're tired of hearing about it but that doesn't make it any less tRUE), and they are such a perfect match :) and I know everyone is always "ooh I'm their #1 fan" but literally I think I am the most hard-core Fitzphie shipper in the world. Since chapter 1, dude, been here all along.

Tam balances out Biana so well, so much better then Keefe. They're both sweet and salty but Tam's a little less sweet and Biana a little less salty so it works well. Also Tam like brunettes too and Biana is the only one so it's destinyyyy !!

Nightfall was hinting hard at this ship. They're constantly looking for ways to spend time with each other, and I think that's high-key adorable. Wylie's life has been so full of hurt and pain, and Linh's has too but she is such a sweet, sympathetic, caring girl so she can help Wylie to heal and trust people (or should I say elves) again. Lylie for the Winh ;)

Keefe needs sweet, trustworthy, caring, light, funny, loyal and quiet. There isn't a girl like that so another one will have to come along soon for our boy !!!

Retrieved from "https://lost-cities-keeper.fandom.com/wiki/User:SunshineAnnie?oldid=1221637"
Community content is available under CC-BY-SA unless otherwise noted.