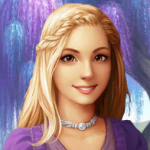 BASICALLY NEVER ACTIVE--BASICALLY COMES ON ONCE EVERY THREE MONTHS-I'm going to try to come on a bit more during quarantine but I'm also trying to study a bunch of other subjects so, I'll see how it goes.

Apr. 24 2020: I'm Sokeefe. I'm not against most alternatives, but Fitz would have to edge away from the dark side quite a bit more for me to accept Fitzphie and Linh would actually need scenes for Solinh to happen.

Winh/Lylie- In my eyes this ship is perfect, as not only they spend a lot of time together and all, but there is almost no contovversy about it. (Update 4/24/20: Winh also looks really good platonically)

Tarella-I used ship Bam and I somewhat still do (From Oct. 16: Not anymore), but I guess I noticed Tam and Marella's chemistry when she threatened to burn off Tam's bangs. (4/24/20: Tarella is my one constant :)

Grandor/Sizel- I think Shannon Messenger made Grizel for this purpose. (Which is kind of sad honestly. Being cast as a love interest? Not fun.)

Retrieved from "https://lost-cities-keeper.fandom.com/wiki/User:SuldreenSong?oldid=1015978"
Community content is available under CC-BY-SA unless otherwise noted.