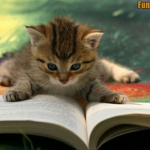 Hi! I'm ReadItAll and I spend every day thinking and breathing KOTLC. I transferred from @Thetheorists, so please don't say I'm copying.

I've been a fan of the series since 2015. I got ahold of the first four books from my BFF (@SilvenyTheAlicorn.) She lent me the first book and I fell in love with the first sentence on.

I got Exile, Everblaze, and Neverseen from her respectively. I waited for Lodestar with her in anticipation, and argued with her about ships, since Silveny ships Foster-Keefe and I ship Fitzphie.

Hi there, I'm a captain of the Sophitz Armada.

To join, you must

1. You have to not hate Sophitz

2. You have to have read all the books

4. You have to ask a captain to let you in

I hope you join!

Sophie and Fitz: I've shipped Sophitz since Book 1. I think that they work together perfectly. I can actually see Keefoster from a Foster-Keefe's perspective, and I wouldn't really mind if they became canon. I would still ship Fitzphie though.

Biana and Tam: OMG, LODESTAR FEELS!! I think Tam's saltiness would really balance out Biana's perkiness, and vice versa. Besides, Tam has a thing for brunettes, and I don't think he's crushing on Fitz. Hopefully there wasn't a special someone in Exillium who had brown hair.

Linh and Wylie: Because they spend a lot of time with each other in Lodestar and Nightfall.

Dex and Marella: TBH, I don't really know why I ship this. LOLOLOL.

Keefe and a new girl introduced in the seventh book: Keefe needs someone who will keep him light and happy, who won't bring him down into all the problems.

GOTTA LOVE BANANA AND SOPHIE TOGETHER <3

Magnus Chase and the Gods of Asgard - Rick Riordan

The Trials of Apollo - Rick Riordan

The Lord of the Rings - J.R.R. Tolkien

The Distance Between Us - Kasie West

To All The Boys I've Loved Before - Jenny Han

There's a lot more that I just can't think of right now.

A Little Bit About Me: Edit

I'm in middle school. I'm a huge nerd (I've even got the glasses and pimples for it.) People at my school hate reading for some weird reason. My favorite books of KOTLC are Lodestar and Neverseen.

"We all need a little weird in our lives." Fitz Vacker, EXILE.

- Keefe relies on Sophie waaayy too much.

- It was a little cliche to bring Mr. Forkle back, but it did explain some things.

- Stina likes Dex and that is why she hated Sophie in the first books.

Favorite Characters in Order From Greatest to Least: Edit

100. All the dreaded Neverseen and evil people.

- Sophie's genetical parents are Bronte and a human/or a very powerful Telepath/Polyglot abilitied elf that was involved with humans. Her father is Bronte because

a) He is the only other known Inflictor.

b) Bronte became slightly more like a father after he spent time with Sophie.

c) He was OK with Amy being in the Lost Cities, and this is because he LATER find out that the person who contributed the DNA for Sophie was either a human or an elf who later escaped into the Forbidden Cities.

- Keefe cannot distinguish between romantic and platonic feelings in the heart. TBH I probably just want Sophitz to win lol. My reasons:

a) He might just be mixing up the feelings between him and Fitz. When Keefe felt the feelings for Sophie, he just felt feelings for him, and his HEAD immediately went to think that it is a ROMANTIC feeling and not a PLATONIC feeling.

b) He probably thinks that Sophie only has platonic love for Fitz, and doesn't care to think about whether or not Sophie has feelings for other boys.

- I think that Sophie is just aware of the feelings for Fitz in her heart, just like Keefe is aware of his feelings for Sophie. Now, I'm not saying she doesn't like Keefe. She probably does, TBH. IMHO, I think that it's not just Keefe and Fitz she loves. Why? Because she LOVES Edaline and Grady like family IN THE HEART. I'm sure she loves Dex, Biana, Tam, and Linh in the heart platonically as well.

a) When Sophie asks Mr. Forkle if he had a Cognate, he has a sort of wistful look, probably remembering the time when he and Alden were Cognates.

b) He wanted to sort-of make up for disCognating with Alden so he recommended for Fitz (Alden's son,) to be Cognates with Sophie (His creation.)

That's it for now!

Retrieved from "https://lost-cities-keeper.fandom.com/wiki/User:ReadItAll?oldid=158467"
Community content is available under CC-BY-SA unless otherwise noted.