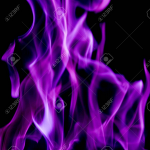 Okay, so I decided to write this as a sort of response to a lot of the people who absolutely hate Fitz because of his period of anger in Exile. I have defended Fitz over this, in a great part because I have gone through a similar phase in my life. When I was 12, my uncle died. He was a very big part of my life, and as a result, I was affected very strongly. In the months after his death, I acted very similarily to Fitz. In the first 2 weeks after his death, I lashed out at my best friends, something which I deeply regretted for a long time, although most eventually forgave me. They tried to comfort me, but like Fitz, I yelled at them to leave me alone. At the time, I thought I meant it, but I didn't. For 2 months, I felt completely alone, with my parents also grieving. Everything just felt so foggy, like it was just a bad dream and I would wake up again and my uncle would be back. Eventually, I got over my grief and apologized to my friends. Most of them accepted my apology and we became friends again, but some never forgave me for yelling at them and have refused to be friends with me ever since. It's really hard for anyone else to understand how this was, but I found that reading Exile really helped me, as it reminded me of my own hard experiences and helped me not feel so alone. This is part of the reason why I am so affected by people not forgiving Fitz for his anger in Exile, as it is so similar to my own experience with grief and the loss of a loved one.

Retrieved from "https://lost-cities-keeper.fandom.com/wiki/User:Pre-evil-Fintan?oldid=230627"
Community content is available under CC-BY-SA unless otherwise noted.