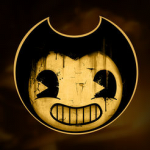 I AM STRANGE. I AM DUCK.

Hello everyone! Flame Pants here! Like my beautiful profile pic?

Songs (That My Friends And I Created)Edit

(I don't know how to make it un-editable, so if you know, please tell me!)

My Favorite Characters (From KOTLC)Edit

I am that introverted video game child. I love video games, writing, drawing, reading, and animals. I want to be a video game designer. Art + Video Games = Video Game Designer!!! I entertain myself by:

1. Watching YouTube. Some of my favorite channels include storytime animators, such as Odd1sout, Studio C/JK Studios, and Game Theory/Film Theory/GTlive. I also enjoy watching Fusionzgamer's videos, as well as 09sharkboy (more commonly referred to as "Shark" I think).

2. Playing video games. I LOVE video games, and my favorites include Cuphead, Minecraft, Let's Go Eevee, Bendy and the Ink Machine, and Five Nights at Freddy's (ever though I am too terrified to actually play it!).

3. Annoying my older brother. A classic.

4. Reading KOTLC. No need to explain this one.

5. Adding to my ever-growing collection of drawings.

6. Writing short stories. I have never actually finished one, but when I do, I'll put them up on this page.

7. Percussion things. I have a drum set in my living room. Well, that just about sums it up! Cya!

Yep, I have a YouTube channel. Tie-dyetoothpicksquirrellauncher. That's me. It's mostly just random stuff so far, but if you have any ideas for topics of future videos, tell me! I'll be grateful for the inspiration/ideas! And also, one last thing: SUBSCRIBE.

Retrieved from "https://lost-cities-keeper.fandom.com/wiki/User:FlamePants?oldid=317718"
Community content is available under CC-BY-SA unless otherwise noted.