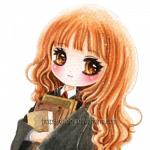 aka DiamondSnow or Digi or Alicorn

Welcome to my profile, AKA the pit of books and randomness! HeWwO!!!

I'm part of the Strange Ducks! The Strange Ducks is a group for weird people, so feel free to message a captain to join and express your weirdness! (I'm not a captain, BTW)

Classified Information (Yes, I do kind of look like Sophie Foster and Annabeth Chase)

Very bookish. Huge nerd. WEIRD AND PROUD OF IT

I can speak a tiny bit of Spanish

I am a huge introvert. *Awkward silence* I... don't even know how to socialize...

I'm weird. If you try to outweird me, you can't.

I'm obsessed with books. If you try to outbook me, you can't. Seriously. Ask my nonexistent friends.

Not up to date with current technology, like phones. "What is a filter? Like, someone said 'filter' while looking at a picture of themselves with dog ears and a dog nose!" -Me

If the fangirl levels (I made these and they are not very exact) are fannewbie, fangirl, fanwarrior, and fancaptain; I am a fancaptain. Also fanwarrior if someone insults my books.

I am dead inside. Hehehehe

As every Keeper of the Lost Cities fan knows, you literally have to ship. My ships (don't kill me!): SOKEEFE!!!!!!!, Tiana, Dexella, and Lylie. IDK. Oh, and also FakeMintan!

I ship Tiana, but I use a different name for it: Bam Socker: B/iana x T/am and So/ng x Va/cker.

Percabeth is the BEST SHIP EVER!!! When they die (Which they won't because then Rick Riordan would have to go into hiding on Mars to escape the flood of angry fangirls knocking down the door), they will turn into the epic god/goddess team of epic ships.

If anyone tries to break apart Percabeth, they have earned themselves the wrath of DiamondSnow4.

Trying to write on Wattpad.

Keeping track of my obsessive countdown until the day Legacy comes out.

Currently trying to get friends to read Harry Potter.

Found this somewhere and am still laughing because it is SO every KOTLC character: Denial gets misspelled to denile, which leads, "GET OUT OF DE NILE, THE EGYPTIANS NEED IT!"

Believing in the fact that DEX NEEDS APPRECIATION!

Listening to 'Hamilton in 7 minutes' (I've never watched Hamilton, but the songs are Amazing!

Appearance (Not really because stalkers):

I GOT A CAMP HALF-BLOOD SWEATER AND I AM NEVER TAKING IT OFF!!!!

I carry a Harry Potter wand around with me everywhere. I despise when people call it a plastic stick or stuff like that. IT IS AN ELM WOOD AND DRAGON HEARTSTRING CORE WAND!!

I look like Annabeth Chase and Sophie Foster (Kind of)

Basically everyone on here who can tolerate my presence XD

True friends are those who you can obsess about books to them all day and they don't think you're crazy. Or they respect that you're crazy. Either way.

"If you two don't mind, I'm going to bed, before either of you comes up with another clever idea to get us killed, or worse... expelled." -Hermione Granger.

“Yes, it is always good to have insignificant mortals on your side XD” - Digi (Me)

“It’s always good to have humans on your side” - Bread

I don't mind extroverts, just as long as they don't ask me to socialize or ask me why I'm so quiet

Retrieved from "https://lost-cities-keeper.fandom.com/wiki/User:DiamondSnow4?oldid=208978"
Community content is available under CC-BY-SA unless otherwise noted.