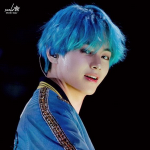 BEFORE READING THE REST OF THIS: Edit

JUST A FRIENDLY REMINDER THAT YOU ARE WALKING INTO THE TERRITORY OF AN EXPERIENCED DEBATER, ARGUING PERSON AND SOKEEFE SHIPPER SO BE WARNED (SPOOKY MUSIC IN THE BACKGROUND)

INSPIRED BY: Bananazilla the Telepath

All About Me! Edit

Dark Brown, Black and Medium Brown (depending on the angle your looking at it from)

Hi! On here I’m referred to as Book Beliefs but feel free to call me Book or Beliefs, but really, I’m open to most nicknames. So onto stuff about me...

I go to an all girls school except for the teachers but majority of them are women. Most people seem to assume that a girls school is terrible but my school really isn’t! I like it better here then any other school I’ve gone to. But your free to have any opinion you want.

I‘m also a figure skater, when I’m not on ice I’m reciting routines in my head, or doing some of the steps on the ground.

My favourite subjects are math and science. Math because no matter how much the world around you changes, it never changes, that we know of, its one of the constants in our world and I admire that. Also because there is math in everything from a water bottle to the solar system, everything has some relation to math. I love science because it holds the mysteries of out world, like how the earth was created and I’m really passionate about it.

I am a proud Gemini!

I am half Canadian half Nepalese.

I live with my mom, dad and brother.

My parents let me name my brother! I won’t say his name for the sake of being anonymous, and I won’t say my name either.

I‘m a Gryffinclaw, the first time I took the test I got Gryffindoor, the second time I took it I got Ravenclaw.

I Love LOVE LOVE!!! Keeper of the Lost Cities up to a point that I got my whole class excited about the cover release of FLASHBACK and there were only three people that have actually read the series in my class, excluding me, and I got those people to read the series in the first place. I honestly have no idea how I survived for so long without keeper, it’s as if there was an empty space in my heart that keeper filled. I can’t decide which books are my favourite, it’s a tie between Nightfall, Lodestar and Neverseen. Some might call me obsessed, I won’t correct them.

I want to be a lawyer, computer engineer, doctor specifically a cardiologist, and an author. This list is longer then what’s shown but those are the top four. It’s going to be hard cutting this list down. I have been told that I will never be able to sleep and do all of these things as well, but I’ll try to make it work.

So that’s all for now but I’ll add more stuff whenever I think of it!

I‘m still trying to figure out who I ship with the other characters.

People That Are My Friends Edit

NOT IN ANY ORDER

I bet I’ve fueled all of your egos now.

IF I MISSED YOU TELL ME AND I‘LL ADD YOU A.S.A.P

Retrieved from "https://lost-cities-keeper.fandom.com/wiki/User:Book_Beliefs?oldid=601879"
Community content is available under CC-BY-SA unless otherwise noted.