Lost Cities Keeper Wiki
Register
Don't have an account?
Sign In
Advertisement
in: About the Series, Artists
English

Keeper of the Lost Cities series

Shannon Messenger is the author of the Keeper of the Lost Cities series.

These biographies have been adapted from those on Shannon Messenger's website.[1]

Shannon Messenger graduated from the USC School of Cinematic Arts[2] where she learned—among other things—that she liked watching movies much better than making them. She’s studied art, screenwriting, and film production, but realized her real passion was writing stories for children. She’s the New York Times and USA Today bestselling author of the award-winning middle grade series, Keeper of the Lost Cities, as well as the Sky Fall series[3] for young adults. Her books have been featured on multiple state reading lists, published in numerous countries, and translated into many different languages. She lives in Southern California with an embarrassing number of cats.

I’m switching to first-person now because it feels weird to keep talking about myself in third. Also: hi!

I get asked all the time if I always knew that I wanted to be a writer—and the answer is strange: No. I’d always enjoyed my English classes in school—and I even won a few ribbons in my school’s writing fairs. But my real passion when I was young was drawing. I wanted to grow up to become a Disney animator (it combined everything I loved: princesses, Disneyland, and art). I even started college as an art major. But eventually, I realized that my hands didn’t draw the way I wanted them to—especially when it came to drawing from my imagination. I always felt like what came out on the page was never as cool as what was in my head. So I decided to take a break from my art classes and signed up for a class called “Broadcast Writing and Production” kind of on a whim.

(Okay, I’ll admit it: Part of the appeal was that it sounded like a class where I’d get college credit for watching TV.)

And the amazing thing about that class was that for the first time I felt like what I put down on the page was exactly like what I’d pictured in my head. Who knew using words instead of illustrations could make such a difference? My professor also seemed to think I wasn’t half-bad at it, and strongly encouraged me to pursue screenwriting. So I ended up a film major at USC, attending their School of Cinematic Arts. But by the time I graduated, I’d decided that Hollywood really wasn’t for me (there’s not nearly as much creative freedom as you’d think). I spent about a year after graduation trying different jobs in the industry—and hating them all—before I finally had to admit that working in movies/TV was never going to be a good fit.

After I left Hollywood I did the practical thing: got a regular day job to pay the bills. Moved to a lovely house in the suburbs. Adopted a bunch of fluffy cats. Life was wonderful in so many ways—but over time I realized there was one thing missing. I couldn’t stop my mind from dreaming up stories, and I desperately missed spending time watching them play out on the page. So I decided to try writing a book and focused on middle grade because that was the time period in my life when reading had been the most special to me. (plus, I’m pretty much a big kid) I just wasn’t sure what story I wanted to tell.

I was in the middle of working on one project when I had a BIG IDEA. The scary, much-more-complicated-than-I’d-ever-planned-to-write story that told me I AM THE ONE! (in case you can’t tell, I’m talking about the story that became Keeper of the Lost Cities.) That happened way back in 2008. I spent the next year doing the world-building for the Lost Cities, and another two years after that writing the book and revising it (and then revising it some more—and more after that. The published version of the book is actually draft 20!) (yes, really). And after all that hard work, I was so excited when an editor at Simon & Schuster offered to buy it.

Keeper of the Lost Cities launched into the world in the Fall of 2012, and new books in the series have been coming out every year since then (with more to come in the years ahead). It’s been so exciting watching the series grow and find its way into readers’ hands and hearts. Thank you guys for letting me keep my dream job.

And as if that wasn’t cool enough, my editor also bought the Sky Fall books from me, and the first book published in 2013. (that trilogy is now complete, so you can binge-read the whole thing if you feel like it).

On May 3, 2021, Messenger announced that she had had a baby. She expressed her joy, saying he had been born "despite all the doctors who told me this could never happen", calling him a "Plot Twist". She also posted the photo below on her Instagram.[4] 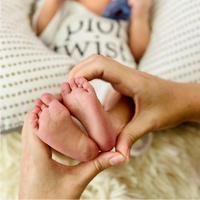 Parallels between Shannon Messenger and Keeper Of the Lost Cities[]

“I'm hoping that will mean we'll all understand it and accept that whoever it is, it's who she truly wants, but if not--blame Sophie. I'm just the messenger. See what I did there?”

—Shannon Messenger, in a goodreads question