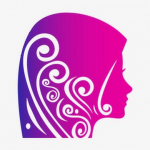 Hey there! If you couldn’t tell, I’m Z, and you have reached my message wall! I try to respond as soon as possible, and I hope you have an amazing day!