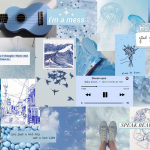 aka Brooklyn or Lyn

Hiiiiiiiiiiiii!!!!!! This is a stalking-free zone, so feel free to stalk as much as you'd like (besides messages labeled 'closed')! Also, feel free to hmu on my message wall anytime!!! ilysmmmmm byeeeeeeee :))))))