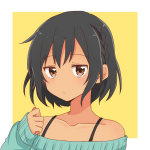 Welcome to my message wall!

I'm SparklyMagix, but you probably know that, ehehe! It's really nice to meet you! You can talk to me about anything. I'm not that high up in the wiki, but I'd love to talk, or answer any questions you have! Requests for artwork, coding, or really anything are open!