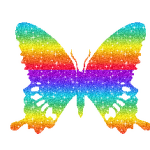 Hi! Welcome to my Profile! I'm Sophie
Observe the 🍞 bOiNg bread 🍞 in its natural habitat, the Discord Server. This species of bread is highly endangered, for it is not one of the top results on google for the search query 'bOiNg bread'.
Hey there whoever you are! Welcome to Sophie's Message Wall!
💜💜💜Happy Birthday BTS💜💜💜!
Click anywhere on the box to come in!

See below for more info!!!

Note: My Message Wall is currently under construction

These bOiNg breads were imported from their natural habitat, the Discord Server. We are trying to adapt them to living on message walls, because this species of bread is highly endangered, for it is not one of the top results on google for the search query 'boing bread'. Please help us adapt the bOiNg bread so it does not go extinct. Right now, we have only discovered two bOiNg breads in their natural habitats: one on the Comfy Club server, and one on the Strange Ducks server and many in captivity. We must save the bread!

To spread awareness about this, use {{BoingBread}} to put this on your profile.

Note that I don't have too many nicknames. Feel free to give me one if you want!

The new update is called the UCP update. I read an article on it, and it says that the update is under heavy(yes the word was bolded) development, which means that forum, commenting, notifications, etc might come back.

All wikis made after March 9th or so will have this new update immediately as a default, but this wiki might or might not be affected (it probably will be).

As of now, wikis that are under the affect of the development have no commenting or live chat feature, so even users with accounts will not be able to comment. There will still be message walls, but no blog posts or forums.

Coding
I can help you code anything, from a friend badge to a signature! Just message me on my wall, and I'll be more than happy to help!

Rping
I love Rping!! I can help you with making an RP, making an RP character, or just about anything else!!!!!

Dear bullies, See that girl you just called fat? She is starving herself. You know that girl you just called ugly? She spends hours putting on make-up hoping people will like her. That boy you just tripped? He is abused enough at home. See that old man you made fun of cause of the ugly scars? He fought for our country. See that young boy you just made fun of for always being sick? He has to walk home in the snow cause his family is too poor. That guy you just made fun of for crying? His mother is dying.  Re-Post this if you are against bullying. I bet many of you won't. Your life is probably not as harsh as theirs, or you're just to lazy. Take it as a challenge. You'd be surprised how many people this affects, positively and negatively. A few clicks of your mouse may just save a life, or bring a smile.  There you go! Repost this on your profile to bring happiness to one another!!! Don't hate!!

➳ Please read, this was a true story. (This did not happen to me, I copy/pasted it.) I was walking around in a Target store, when I saw a cashier hand this little boy some money back. The boy couldn't have been more than 5 or 6 years old.The cashier said, 'I'm sorry, but you don't have enough money to buy this doll.' Then the little boy turned to the old woman next to him: ‘Granny, are you sure I don't have enough money?’ The old lady replied: ‘You know that you don't have enough money to buy this doll, my dear.’Then she asked him to stay there for just five minutes while she went to look around. She left quickly.The little boy was still holding the doll in his hand.Finally, I walked toward him and I asked him who he wished to give this doll to. 'It's the doll that my sister loved most and wanted so much for Christmas. She was sure that Santa Claus would bring it to her.' I replied to him that maybe Santa Claus would bring it to her after all, and not to worry. But he replied to me sadly. 'No, Santa Claus can't bring it to her where she is now. I have to give the doll to my mommy so that she can give it to my sister when she goes there.' His eyes were so sad while saying this. 'My sister has gone to be with God. Daddy says that Mommy is going to see God very soon too, so I thought that she could take the doll with her to give it to my sister.’ My heart nearly stopped. The little boy looked up at me and said: 'I told daddy to tell mommy not to go yet. I need her to wait until I come back from the mall.' Then he showed me a very nice photo of him where he was laughing. He then told me 'I want mommy to take my picture with her so she won't forget me.' 'I love my mommy and I wish she doesn't have to leave me, but daddy says that she has to go to be with my little sister.' Then he looked again at the doll with sad eyes, very quietly. I quickly reached for my wallet and said to the boy. 'Suppose we check again, just in case you do have enough money for the doll?’ 'Okay,' he said, 'I hope I do have enough.' I added some of my money to his with out him seeing and we started to count it. There was enough for the doll and even some spare money. The little boy said: 'Thank you God for giving me enough money!' Then he looked at me and added, 'I asked last night before I went to sleep for God to make sure I had enough money to buy this doll, so that mommy could give It to my sister. He heard me! 'I also wanted to have enough money to buy a white rose for my mommy, but I didn't dare to ask God for too much. But He gave me enough to buy the doll and a white rose.’ 'My mommy loves white roses.' A few minutes later, the old lady returned and I left with my basket. I finished my shopping in a totally different state from when I started. I couldn't get the little boy out of my mind. Then I remembered a local news paper article two days ago, which mentioned a drunk man in a truck, who hit a car occupied by a young woman and a little girl. The little girl died right away, and the mother was left in a critical state. The family had to decide whether to pull the plug on the life-sustaining machine, because the young woman would not be able to recover from the coma. Was this the family of the little boy? Two days after this encounter with the little boy, I read in the newspaper that the young woman had passed away. I couldn't stop myself as I bought a bunch of white roses and I went to the funeral home where the body of the young woman was exposed for people to see and make last wishes before her burial. She was there, in her coffin, holding a beautiful white rose in her hand with the photo of the little boy and the doll placed over her chest. I left the place, teary-eyed, feeling that my life had been changed for ever. The love that the little boy had for his mother and his sister is still, to this day, hard to imagine. And in a fraction of a second, a drunk driver had taken all this away from him. Now you have 2 choices: a) Repost this message, or b) Ignore it as if it never touched your heart.

You can click on these and use them in messages!

some inspiration credits go to Jules

I'm open for Coding Requests! Whether it is Friend badges, "Hello Stalker" doors, or signatures, feel free to ask for help! I might not be able to help with everything, but I'll try!

If you have this badge on your profile or message wall, it means that you have a decent experience with coding and can code things when people request it. If you don't want requests, don't use this.

Use {{OpenForCodingRequests}} to put this badge on your profile/message wall!!!

All coding credits go to Sophie. If you would like to use any of the gifs, wording, etc, please message her.

Although I am not LGBTQ+ myself, HAPPY PRIDE MONTH! I support LGBTQ+, and I think it is perfectly fine to like whoever you want. Love is love, after all. If you are a homophobe, and you are here on my wall, or on my profile, please. get. out. Fine, JK... or am I? Anyways, I think that's the end of my super short "speech". You can get back to messaging me now or whatever you came here for! XD