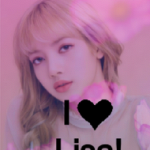 Hello and welcome to the Kingdom of Biscuit Land, founded September 30, 2020, and ruled by King Jaxon ( but please don't call me that unless you want my ego to rise-- ) and The All-Mighty Chilli.

All stalkers are welcome to meander the numerous past threads and have free discussion with other stalkers. And don't worry, I promise I'm getting around to memorizing all your names ( But there are just many, you know? ).

Here you'll find inside jokes, discussion about the public dares I've been forced persuaded to do, questions about Bristol, and much more.

Enjoy your stay here at Biscuit Land. ( Stalkers beware, my wall is quite active, so I would not recommend watchlisting me unless you'd like to come on to 41 notifs-- )

welcomes you to her part of the wikiverse, Biscuitland!

Have fun stalking past threads and talking to other stalkers.

Enjoy your stay at Biscuitland!

Be warned, if you decide to watchlist Jerusha's kingdom , you most likely will wake up with 41 notifs--

A Brief History of Biscuitland

Biscuitland was founded at September 30, 2020, and King Jaxon Lee was coronated at October 4th, 2020. Other members of the royal family include Princess Shady, his sister, the All-Mighty-Chili, his babysitter (yesh the former king has a babysitter--), and Emma, who doesn't really have a royal title, but she is rather special to him. 😏😏😏😏😏(for more about that ask Blue's subjects.) But then on October 11, 2020 the mighty Blue overthrew him because he was late to his own freaking coronation. The official biscuit of Biscuitland is Jaffa Cakes (obviously).

If you break one of these rules, Queen Jerusha has every right to dare you, or do any of the punishments listed above.