Lost Cities Keeper Wiki
Register
Don't have an account?
Sign In
Advertisement
in: About the Series, Artists
English

Jason Chan[1] illustrated all of the covers for the Keeper of the Lost Cities series and many other books as well.

My name is Jason Chan and I like to draw :)

I was born and raised in Stockton, California in 1983. After high school, I moved out to San Francisco to study 3-D animation at the Academy of Art University, but promptly changed my major to illustration and graduated in the Spring of 06. I am now working at Massive Black.

As I said, I love to draw. Ever since I was a kid I've always been drawing characters for make-believe video games, cartoons, and comics. I also loved drawing my favorite X-men characters, Warcraft heroes, and video game sprites. I drew a million Mega Man and Mario drawings. As I grew up, that love for video games and fantasy never left me. I grew to love fantasy novels and that inspired my work. Many of my favorite video games were Japanese made so as I drew the characters from those games, I began to fall for the anime style. Of course, that lead me to watch anime - an addiction I still haven't been able to shake. After a couple of years of horrible attempts at manga style art, I began school in San Francisco and actually got some decent life drawing and anatomy practice. I began to be exposed to some of the western masters such as Sargent, Leyendecker, Rockwell, and Frazetta. I embraced the aesthetics of western art and tried to improve myself in that direction. Now I am trying to marry my western art education with my eastern art interest and see what happens.

Keeper of the Lost Cities Artwork[] 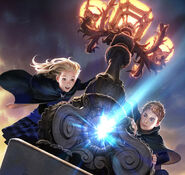 Keeper of the Lost Cities Cover 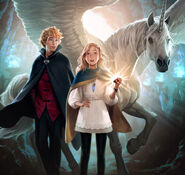 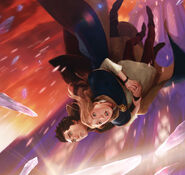 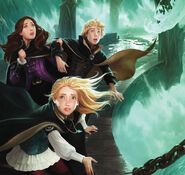 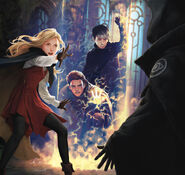 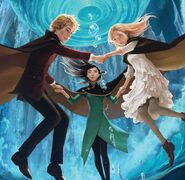 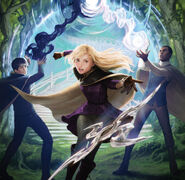 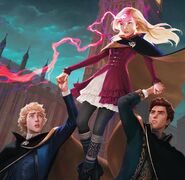 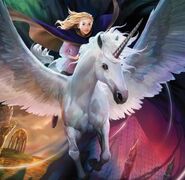