Havenfield is the Ruewen home and a place to rehabilitate animals. Grady, Edaline, and Sophie live there and care for the animals alongside the gnomes that reside there (known gnomes include Calla, now in panakes tree form, and Flori, Calla's niece). Jolie Ruewen was a former resident before she died from a fire set by Brant at Brant's house. Havenfield overlooks the ocean sitting atop of some cliffs. On the property, there is a set of caves that Sophie liked to study in with Dex (until she was abducted from there in Book 1) After she was abducted Grady and Edaline installed a gate and fence over the cliff. The first floor has a kitchen and a large entryway. The second floor has Grady and Edaline's room and offices, as well as Jolie's old room. Sophie's room takes up the third floor. Calla's Panakes tree is also in Havenfield. Another slightly temporary resident is Verdi, a fluffy T-rex.

Grady Ruewen - Grady was formerly an Emissary for the council. He is a mesmer and the husband of Edaline. He is the father of Jolie and adoptive father of Sophie. He is protective of Sophie, going as far as giving her the "boy talk" and keeping her away from Keefe, whom he thinks is a bad role model.

Edaline Ruewen - Edaline is the mother of Jolie and adoptive mother of Sophie. She is the wife of Grady. Edaline is a conjurer. Edaline is overprotective to Sophie after Jolie's death.

Jolie Lucine Ruewen (deceased) - Jolie is a conjurer. She is the adoptive older sister of Sophie and eldest daughter of Grady and Edaline. She is said to look a lot like Sophie. Her fiancé, Brant, set a fire that eventually killed her, which shattered the lives of Grady and Edaline.

Sophie Elizabeth Foster - Sophie is the adoptive daughter Grady and Edaline. She is the main protagonist of the series. She is a telepath, enhancer, inflictor, and teleporter.

Verdi - Verdi is a dinosaur who refuses to become a vegetarian. Because of this, she is a permanent resident. As of Lodestar she walks with a limp.

Verminion - The Verminion is a big purple hamster thing (a.k.a hamsterzilla) who lives at Havenfield and seems to hate Sophie. Later it was mentioned that new verminions that tunneled out of their pens.

Silveny (formerly) - Silveny is an Alicorn  that was found by Sophie in Book 2: Exile. She stayed at Havenfield until she was transferred to the Sanctuary at the end of Exile. Then, she was released into the wild so that it would be harder for the Neverseen to find her and Greyfell.

Iggy - Iggy is Sophie's pet Imp. Sophie saved him from the verminion and adopted him. Dex changes his fur colour every book.

Vertina - Vertina is a spectral mirror. She was a good friend of Jolie before she ( Jolie ) died. 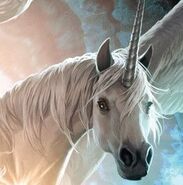 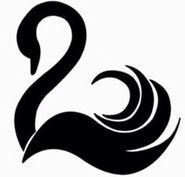 SMSophieandFitz.jpg
Add a photo to this gallery

The Kitchen- The Kitchen is like a normal kitchen. But it has no cabinets or drawers anywhere. Edaline often bakes mallowmelt and other treats in here. For years Edaline baked custard burst here only once a year.

Sophie's Bedroom- Sophie's room has star-shaped crystals dangling from the ceiling on glittery cords, and blue and purple flowers weaved through the carpet, filling the room with their sweet scent. A giant canopy bed occupies the center of the room, and a huge closet and dressing area take up an entire wall. Bookshelves full of thick, brightly colored volumes fill the other walls. It also has a bathroom complete with a waterfall shower and bathtub the size of a swimming pool. She is visited by Fitz and Keefe in her room multiple times throughout the book series, and has been left notes from the Black Swan there.

Jolie's Bedroom- Jolie's bedroom is a room on the second floor, across the hall from Grady's office that was kept as a preservation of the past until the third book. Lacy curtain had blocked most of the sunlight, and there is not proper lighting to make a garden here either. Crystal chandeliers also fill the room, ridden with dust are another lighting feature. A group of objects reflecting on Jolie's youth lied here, which include stuffed unicorns, prattles pins on lanyards, dolls, and books. Two notable photos reside here as well, one depicting Jolie and the other showing Edaline, Grady, and Jolie before disaster turned their lives array. It has been planned to use it as a garden of some form since Everblaze. It is also the hiding place for Jolie's purple notebook, witch helps Sophie figure out Brant is part of the Neverseen.

Edaline's Office- Edaline's office, otherwise known as the "Place Where Things Go To Die" is a room on the second floor littered with untouched stuff. There are many random trunks, folded linens, unopened presents, and many objects that remain unidentifiable. There are book shelves, that appear to have been untouched for a while, and consist of thick dusty volumes that would obviously shown if disturbed. In Everblaze Sophie is given the punishment of cleaning out the office.

Grady's Office- Grady's Office, as seen in the first book, is a room deprived of anything personal with empty spaces instead of knick knacks or photos. Tightly rolled scrolls are stuffed in bins and history books haphazardly are jammed on shelves. A massive mountain of paperwork lied on his desk.