“Just as fire hungers and wind breathes and water roars and earth waits. I've never been near quintessence, but I hear it pulses. And shadowflux dreams—hovering high above, waiting for something to capture its interest.” 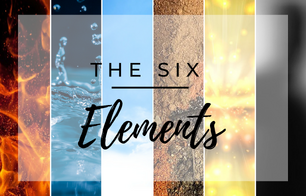 Whether or not it's possible for Flashers to control the starlight of Quintessence is unknown since no Flasher was brave enough.