The cover displays Sophie and Silveny teleporting through the void, with four places surrounding them (clockwise, starting with top left): Havenfield, Eternalia, Foxfire, and Gildingham.[1]

The cover of Unlocked was designed by Karin Paproki and illustrated by Jason Chan. This is the first time that Sophie has been the sole Elvin character on the cover: Keeper of the Lost Cities had Dex, Exile had Keefe, Everblaze had Fitz, Neverseen had Biana and Keefe, Lodestar had Fitz and Tam, Nightfall had Keefe and Linh, Flashback had Tam and Wylie, and Legacy had Keefe and Fitz. Shannon Messenger states that the reason for this is because "[Unlocked] is both a continuation of the main story from [[[Legacy]]] *and* a super-fun series guide."[1]

Another thing to note would be that Sophie is a bit younger than how she looks in the covers of Flashback and Legacy. According to Shannon Messenger's post, it is to symbolize her entire journey.[1]

In this extra special installment of the Keeper of the Lost Cities series, the story picks up right from Legacy’s particularly devastating cliffhanger. But chapters alternate between Sophie and Keefe’s perspectives to give readers deeper insights into both beloved characters. New powers will be discovered. Hard truths from the past will come to light. And all of your favorite characters will find themselves tested in ways they never imagined.

And that’s not all!

Unlocked also includes a comprehensive guide to the world of the Lost Cities, featuring new character and world details that have never been revealed before—plus fun bonuses like Keeper-themed recipes, a detailed map of the Lost Cities, gorgeous full-color illustrations, and so much more![3]

Besides the story, several other things will be released in this book, including:

You can Google Shannon Messenger's Instagram and be able to view all her posts to a certain extent.

It is unknown whether or not if the Coronavirus (COVID-19) will affect the release date. Authors work from home, so this likely would not be an issue. Please note that there is still a chance the release date will not be accurate. 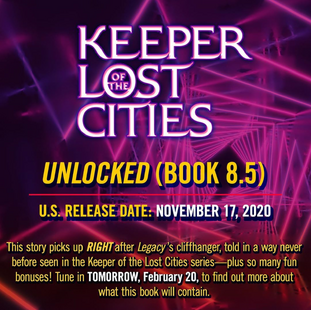 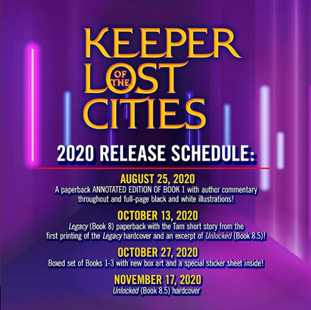 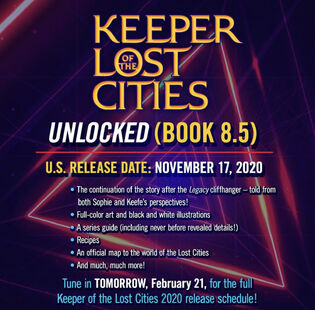 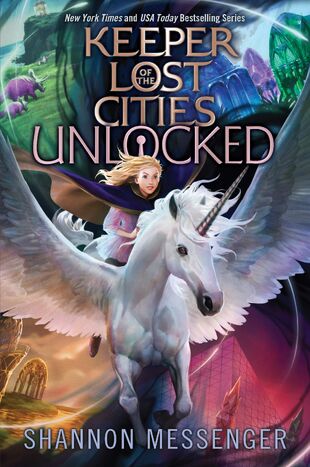 Unlocked cover
Add a photo to this gallery