Book One: Keeper of the Lost Cities

Twelve-year-old Sophie Foster has a secret. She’s a Telepath—someone who hears the thoughts of everyone around her. It’s a talent she’s never known how to explain.

Everything changes the day she meets Fitz, a mysterious boy who appears out of nowhere and also reads minds. She discovers there’s a place she does belong, and that staying with her family will place her in grave danger. In the blink of an eye, Sophie is forced to leave behind everything and start a new life in a place that is vastly different from anything she has ever known.

Sophie has new rules to learn and new skills to master, and not everyone is thrilled that she has come “home.” There are secrets buried deep in Sophie’s memory—secrets about who she really is and why she was hidden among humans—that other people desperately want. Would even kill for.

In this page-turning debut, Shannon Messenger creates a riveting story where one girl must figure out why she is the key to her brand-new world, before the wrong person finds the answer first.

A wave of cold rushed through her as the horrible realization dawned.

The drug lulled her toward a dreamless oblivion, but she fought back - clinging to the one memory that could shine a tiny spot of light in the thick, inky haze. A pair of beautiful teal eyes.

The spark before the blaze. Best part of the book!

As of August 25, 2020, Shannon Messenger will be releasing 'Keeper of the Lost Cities Illustrated and Annotated Edition.’ It is a special edition of the first book, with never before seen embellishments by the author herself.

Kesler Dizznee refers to Timkin and Vika's last name as Logner when their last name is Heks. This has been corrected for future printings. 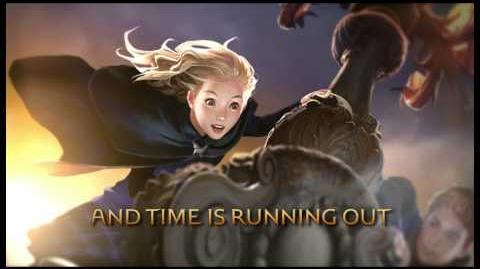 Click here to read the French version of the first book in the series.

Retrieved from "https://lost-cities-keeper.fandom.com/wiki/Book_1:_Keeper_of_the_Lost_Cities?oldid=1199362"
Community content is available under CC-BY-SA unless otherwise noted.